On Ons Island, there are many legends that intermingle with the popular beliefs and traditions of Galicia. This is because its relative isolation and the lack of services have given rise to a unique popular culture, where knowledge about medicinal plants, as well as the belief in myths and legends, stands out.

The Santa Compaña (procession of souls in sorrow announcing death) is a good example of how deeply rooted some superstitions are. It is said that on Ons, it begins in Punta Centulo—originating from Noalla—and after giving the warning, it disappears in the cemetery.

Another of the most common is the evil eye. On Ons Island, it is said that to cast the evil eye on someone, you have to go to Beluso, bring a toad, put a piece of clothing from this person in its mouth and invoke the evil eye on them. To do this, you have to go to the beach, make 18 balls of seaweed, place half of them on your right and the other half on your left, throw the 9 balls on your right into the sea while chanting “Ondas do mar sagrado / Tirame o aire de morto / de vivo ou escomulgado”, and let the remaining 9 balls dry in your house’s fireplace, which should also be thrown into the sea afterwards.

It is also said that in Buraco do Inferno (a chasm measuring 5 metres across and 40 metres deep located in the south), you can hear the cries of the souls in torment for their sins. Some cries are supposedly heard when there is a windstorm. They probably originate from the sound of the sea as it crashes against the rocks and the sound of the common guillemots nesting inside it. There’s also the legend of the bull, which is about a bull with golden horns protecting us from the “world of the dead”. 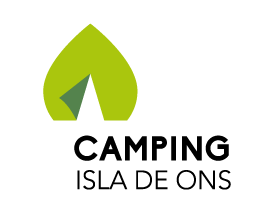